Having seen that it is difficult to obtain accurate RF radiation measurements using a field strength meter, I next resolved to measure the RF current on the 84ft inverted L W3EDP antenna deployed in my garden.

I built an RF Current measurement transducer according to the schematic developed by Dave ZS6AZP. I built this transducer in an evening into an altoids tin. The build came together very easily.

Having previously built a DC analog meter for my Field Strength meter I simply connected that meter to the RF current transducer. This scheme worked very well.

I found it much easier to obtain consistent readings using the RF Current sensor as opposed to the Field Strength meter.

Terminating the Current meter in a 51 Ohm load and driving the system with my K2 TRX, I established that the minimum power detectable with this meter into a 50 Ohm load is approximately 100mW across the HF band. No doubt by using a germanium diode lower currents could be detected.

The results were revealing to me. On both 80m and 40m the peak RF current was definitely not at the 1:1 SWR load point. Refer to attached for more information of the test. Why is this?

I also noted that at the test power level of 300mW that the output RF current dropped (amount not quantified) as the test proceeded. Was this the effect of heating in the Z Match?

In my morning sked at 6:30 am on 3579KHz with OM Barrie ZS6AJY, Barrie reported that I was a 579 but that my signal was 'the strongest he had heard'. hi. I was using the 17ft counterpoise. 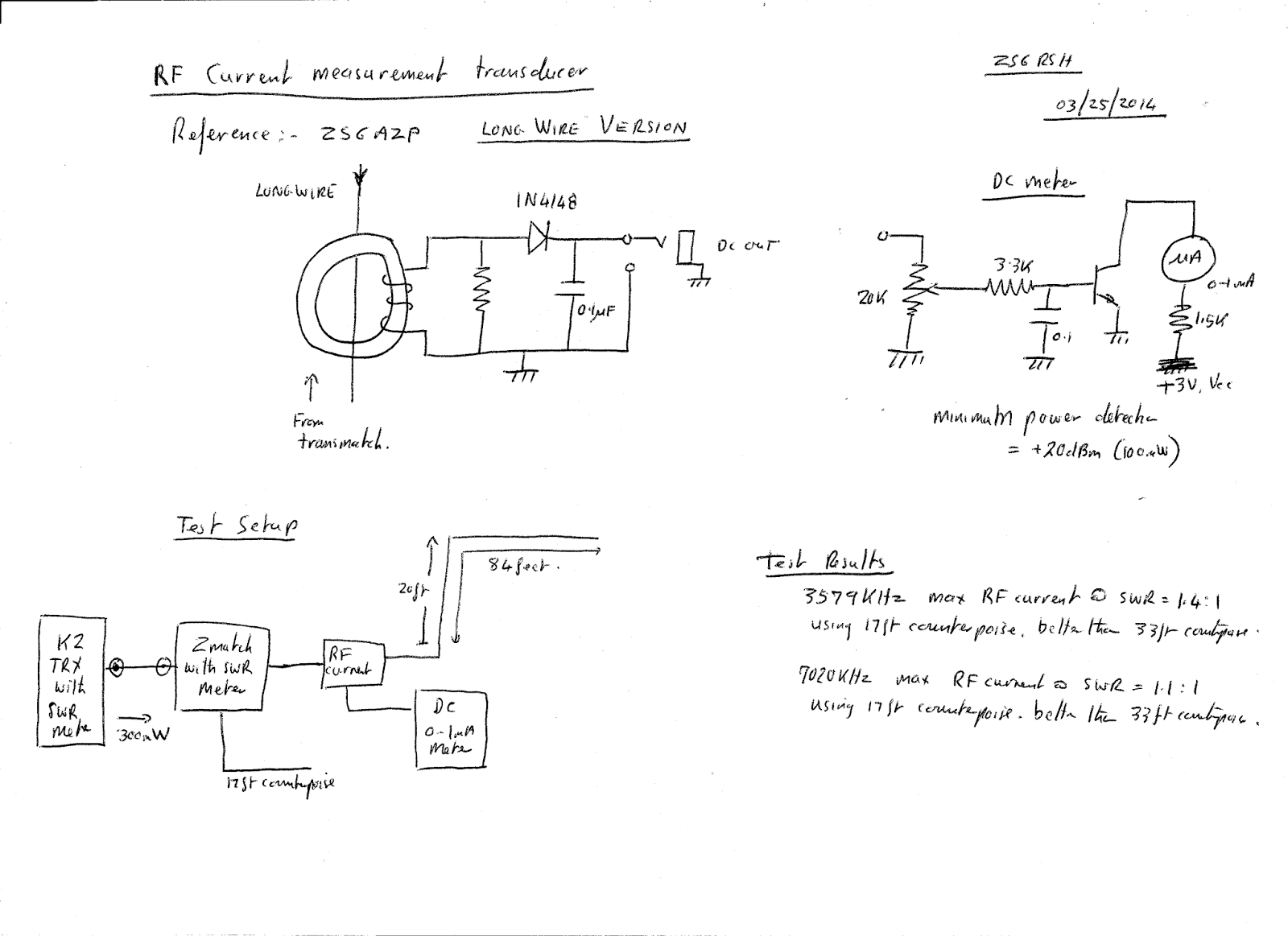 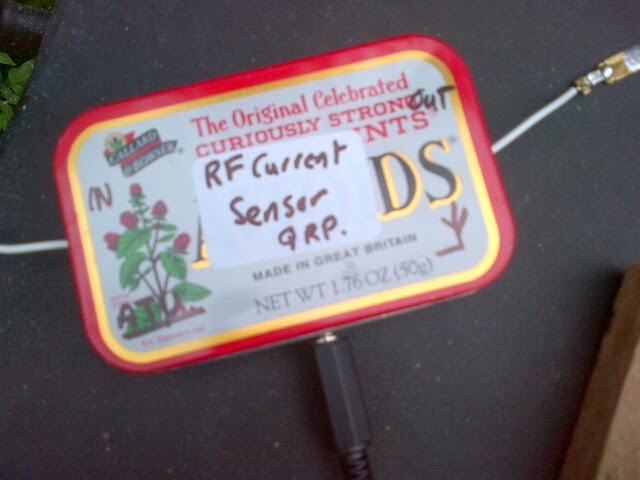 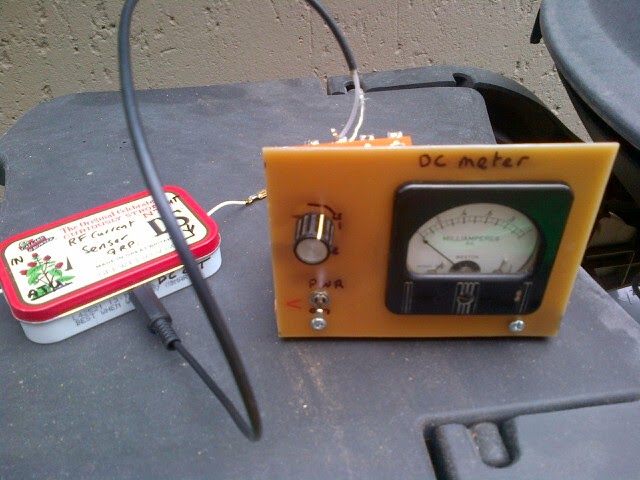